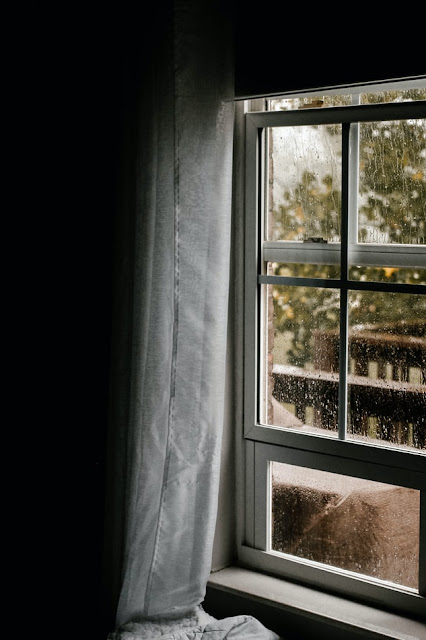 April is the cruelest month, breedinglilacs out of the dead land, mixingmemory and desire, stirringdull roots with spring rain.― T.S. Eliot

April is the month I want to rip from the calendar. I need wings. I want to fly over this month and everything that it brings with it. I will take to the skies and land in May. I will shake myself off and march forth, again. Willingly, I will stumble into Mother's Day which is a quagmire of its own. But no matter what Mother's Day brings, at least it's not April.

At times, I debate this one thing. When John died, did he remember that two weeks later it would be the anniversary of the day my mother took her own life? Did he not care? Did he want to compound the pain? Or did he think to himself: "I will leave in April too, so that she can tie up all her grieving in just the one month?"

That last one can't be it. There is no 'tying up' of grieving, as if it could last just one month, anyway.

I do know that suicidal intention gets in the way of remembering anything about others. Their dates and plans and feelings and needs all fade away when you entertain the thought of dying. I know this. The date of my mother's death was a detail that was unlikely to bear any weight under the heaviness of John's desolation. It wasn't so much that he didn't think of me, as it was that he couldn't.

My debate goes on. Perhaps if I had held his hand in mine just a little more tightly, perhaps he'd have lived. Perhaps he wouldn't have taken the entire month of April with him. How could I not have saved him?

But the debate does no good. There is no way to win. So I live with this fact - the losses of John and my mother have impacted every part of me. Loss has settled deep inside of me and my bones have become brittle in response. I am always near breaking.

There have been so many people who have stepped up in order to hold me together. The gratitude I feel for this is profound, yet it is always imbued with guilt. No one should have to hold me together. If I was just stronger somehow, I wouldn't push and pull at people, desperately hoping someone could rescue me from this relentless tide of sadness.

But then again, strength does me no good either.

A friend and I were talking about this recently. She has endured similar losses to my own. We hate being told we are 'strong.' Words that seem like they are compliments. They are meant to be compliments. But for us, so often, the suggestion that we are strong makes us feel as if we are invisible. Can no one see us? Plus, when you acquire strength by necessity - it makes it sound like it is a gift. But, we don't want this strength. This is not what we signed up for, and this was not the prize we were hoping for.

Some days, like today, there are no right words to say. I am full of fear and I need help. But I don't know how to ask and I don't know what to say. I've seen the tenuous threads that bind us to the earth. Too many times, I've watched them snap. People float away. There are many days when I am afraid to take stock of the joys in life. Is blind faith in the goodness of things better than the heartbreak of life's promises that are not kept?

I feel like 19 years later and 4 years later should be enough years to be able to breathe again. To fear only rain in April, not memories. Shouldn't this have been long enough?

They are not here, my mother and John. But sometimes when I write, I stop for a moment to remember them. To really remember.

I think of his hands. Of his fingers which were long and thin. I think of his fingernails, which were flat. There was usually a little bit of dirt under them, some remembrance of the day he'd had. And he chewed his nails, so one or more of them was always ragged and uneven. If he reached for me while I was wearing a sweater, sometimes there would be just the tiniest snag, when his finger brushed against the knit.

Perhaps this too is a part of April. The remembering of things. Maybe this is the sweetest part of grief. The way it knocks on our hearts asking us to tell stories about our lost loves.

Maybe John's touch and my mother's voice are wrapped up in this month. A month that I want to escape from. If that is the case, I suppose I am not so quick to say I want to take leave of these April days.

Maybe April is the cruelest month. And I need help. And I am full of fear. 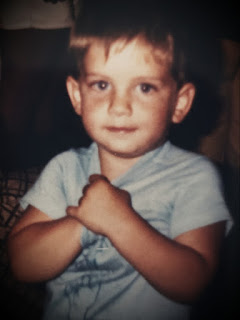