Day 19 - The Qualities That Define Us 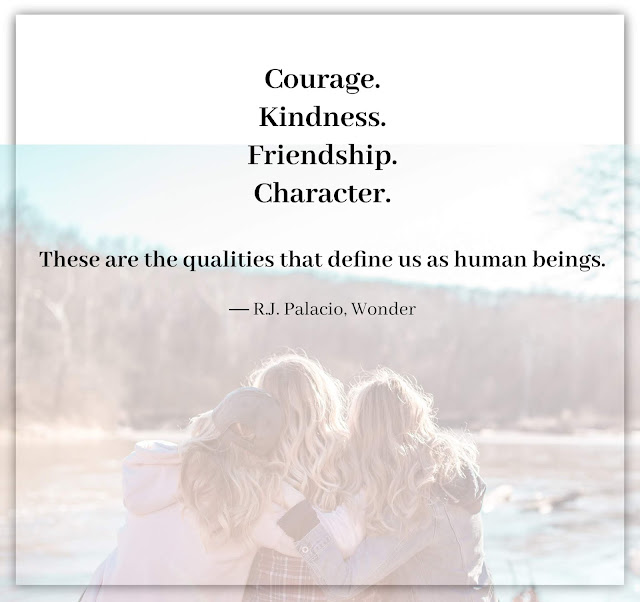 One of the most difficult things about grieving a suicide is the fact that so few people know what to say or do in order to help. Many pull back or pull away entirely, because the topic of suicide is too sad, too depressing, and too scary for them to confront.

I did lose a few good friends. People who slipped through my fingers either because of the discomfort of it all, or because in my grief I was at times selfish and insensitive and for them it became too much.

But, I know so many survivors of suicide loss who've become estranged from their entire family and who feel they now have no one to be there for them or to help them get through. It is a loneliness on top of a loneliness that is truly unimaginable for those of us who have not experienced it ourselves.

And I'd be lying if said that there aren't still times when I feel deeply heartbroken and perhaps alone in the sense that I am missing John, and he won't ever be back.

But from day one, from the first moments after he died, I have never questioned whether or not there were people who cared about me. Never.

I know I am blessed. I know that this is not everyone's story. I know that I have been afforded something profoundly beautiful in the fact that I've been surrounded by so much love.

If you want to support a survivor of suicide loss, but aren't sure what to do - here are some ideas.

This what courage, kindness, friendship, and character looks like.

These are just some of the things that the people who loved me, did for me.

I was cared about.
I was surviving.
I was in their thoughts.
I was brave.

Some of these things may seem small, but all of these actions were full of love, and love is the biggest thing of all. I have learned that there is nothing bigger.