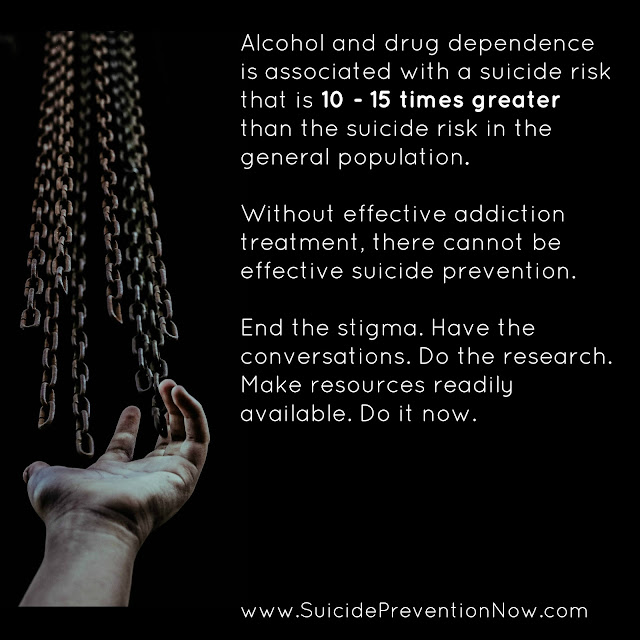 According to the U.S. Substance Abuse and Mental Health Services Administration, individuals with substance use disorders are particularly susceptible to suicide attempts and dying by suicide.

Data shows that a diagnosis of alcohol or drug dependence is associated with a suicide risk that is 10 - 15 times greater than the suicide risk in the general population. Acute alcohol intoxication is present in about 30-40 percent of suicide attempts. In 2011, approximately 230,000 emergency department visits resulted from drug-related suicide attempts (and this number has risen since then).

The relationship between addiction and suicide cannot be understated. In order to effectively lower the number of lives lost to suicide, we must improve treatment for both mental illness and addiction.
Speak up and end the stigma around addiction and mental illness. It is time to dismantle the shame experienced by those who suffer from these diseases. Ending stigma is the first step toward paving the way to funding more research on effective treatment.