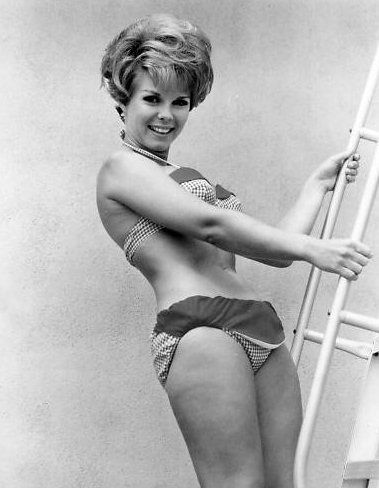 Sue Williams was an American actress and Playboy magazine's Playmate of the Month for April 1965. At 4'11" she was the first Playboy Playmate to stand under five feet tall.
After appearing in Playboy, Williams appeared in How to Stuff a Wild Bikini. She appeared in four more movies released in between 1965 and 1966, credited as Sue Hamilton. Sue Hamilton appeared in nationally syndicated magazine articles promoting American International Pictures releases, including Starlets Seek Natural Look’ and Use Makeup The Professional Way. Sue Hamilton also appeared in the Super-face print advertising campaign for Sheer Magic make-up, to promote The Ghost in the Invisible Bikini and Fireball 500.Sue Williams married when she was nineteen years old. During the next three years, she had two children.Suffering from depression, Sue Williams died by suicide on September 2, 1969. She was twenty three years old when she died. 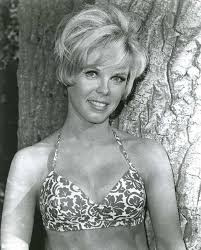