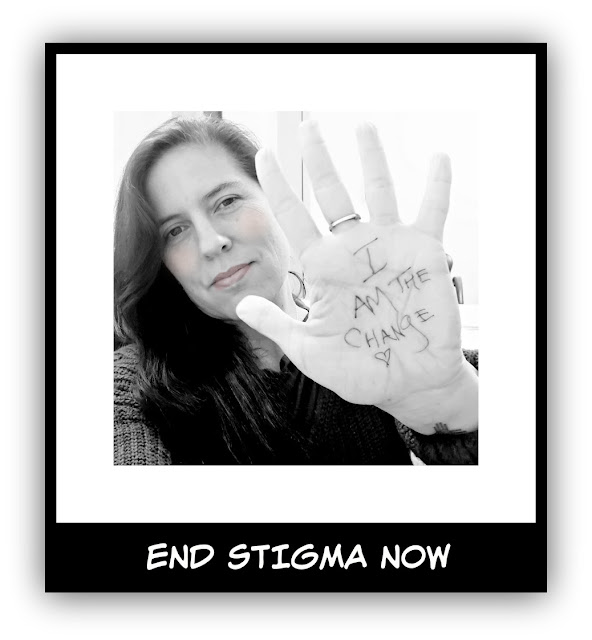 stig·ma
/ˈstiɡmə/
A mark of disgrace associated with a particular
circumstance, quality, or person.

Learn to pronounce
A mark of disgrace associated with a particular circumstance, quality, or person.

Today, the seventh day of Suicide Prevention month, I want to offer a reminder that stigma has a profound impact on mental illness and suicide.

In the Forbes article The Rise and Rise of Suicide: We Must Remove the Stigma of Mental Illness, author Margie Warrell says this about stigma's effect on suicide prevention efforts:

Fear of social rejection, ridicule, discrimination and judgement often keep people from sharing their struggle. While we may not all suffer from mental illness, we each have a role to play in ensuring that those who do suffer feel less afraid to reach out and get the support they need in the moments when they need it most. If people felt as comfortable talking about their PTSD, bipolar or anxiety as they did talking about their eczema or tennis elbow, it would markedly reduce the suffering of those those with mental illness and the ability of those around them to support them.

There is more. The truth is, stigma is a barrier to critically needed research. This research has the potential to identify more effective treatments and even cures for mental illness. The need to remove this barrier is urgent. Mental illness is potentially fatal. Until we eliminate stigma, the many incorrect and negative assumptions about mental illness will remain. These assumptions contribute to the lack of a prioritization of funding, a lack of resources, and a lack of effective treatment.

Reducing stigma has been a constant goal of this blog. Over the past two years, there have been several posts that have a significant focus on reducing stigma. Among these posts are a poem by a fellow survivor of suicide loss, articles about CTE and Traumatic Brain Injury, interviews with other experts in the field of mental illness, and my own personal essays, including What I Want to Offer, an essay about my experience of being a suicide attempt survivor.