The Transience of Everything 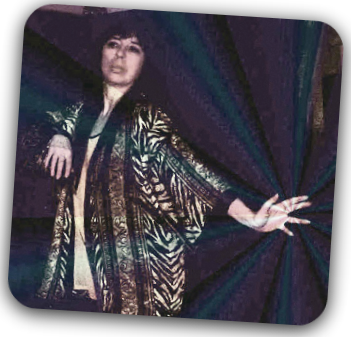 "I’ve stopped taking anything for granted. I have an acute awareness of the transience of everything in this world. Looking back over my life, I see that everything I thought would never happen to me; good as well as bad, has happened and is happening."

I am, of course, afforded some relief when I think about the gift of all of the beautiful mothers in my life today. Those who mother me when I need it, and those who inspire me, regularly. And I am a mother myself, too. I think about my son, and my heart is full, today and all days.

My mother was 54 years old when she died. Sometimes I let myself grieve for how much life my mother had yet to live. How many days she missed and will miss. How many joys and how much healing sorrow that will never be hers. And this is where my grief becomes piercing. Unbearable almost.

So this morning I turned to her writing. I don't do that very often, even though writing is something that I share with her. I don't often read her stories and essays, because so many of them became so depressing at the end of her life. During her last years, her mental illness was taking hold of her so completely. She believed she was channeling spirits and that she was having a spiritual awakening that caused her to feel all of the pain being experienced in the entire world. She wrote about this process endlessly. She wrote a book about it, and she sent it off to a metaphysical publishing house, hoping for success. She received a rejection, but the publisher was kind enough to provide a letter of explanation. "Your writing style is lovely and sophisticated," he told her. "But, your subject matter is far too dark and dreadful. We are sorry to have to turn this manuscript down."

Dark and dreadful. The perfect words to explain why I don't often read her writing. Her death was dark and dreadful enough. Where were the spirits she was channeling, when she needed help recognizing that there was value in living? How was her spiritual awakening of benefit to anyone, if ultimately she made the decision to take her own life?

But this morning, Mother's Day, I was sad and missing her, my mother with whom I share a passion for writing. I thought about all the words that were stifled the day that she died. I thought about the lost possibility that something might have turned her world around, perhaps giving her beauty and hope to write about. These thoughts left me feeling overwhelmed by what my mother had lost in life experience alone.

So I turned to her writing this morning in order to feel close to her. To feel close to the thing that she and I have in common, this commitment to words. And in and amongst the darkness, I found this one paragraph. In the essay she'd written, the paragraph was not highlighted in any way, it did not particularly stand out. But for me, this morning, it did. It was as if the hand of my mother herself had guided me, gently, to her own words.

"I’ve stopped taking anything for granted. I have an acute awareness of the transience of everything in this world. Looking back over my life, I see that everything I thought would never happen to me; good as well as bad, has happened and is happening."

And, there it was. The reminder I needed, right in this moment. My mother's life and her journey - her story - did not end the way I would have liked. Still, my mother had moments when she felt that she'd had a full life. My mother believed that the good things that she'd doubted would ever happen, had happened for her after all. There were moments when my mother believed that she'd truly gotten what she wanted from this world.

So for today, I will try to turn my focus to this: though my mother's loss is so often colored by her illness and pain - I must remember that her life also encompassed moments of joy. Moments of serenity. Moments of peace. I must remember the meaning behind her own words. A constant principle of quantum physics and spiritual understanding. It is true when applied to the plain old nitty gritty of life and death, as well. This remains certain. There will be change.

I may not be able to turn to my own mother for advice or soothing, but there are so many other mothers in my life. And I may not have had my own mother in my adulthood, but I can be there for my grown son in no small part, in response to that loss. Today, it is so much easier to see the beauty of mothering that is all around me. And so this truth has the potential to bring as much comfort as it does grief. The undeniable transience of everything.