The Truth I Know 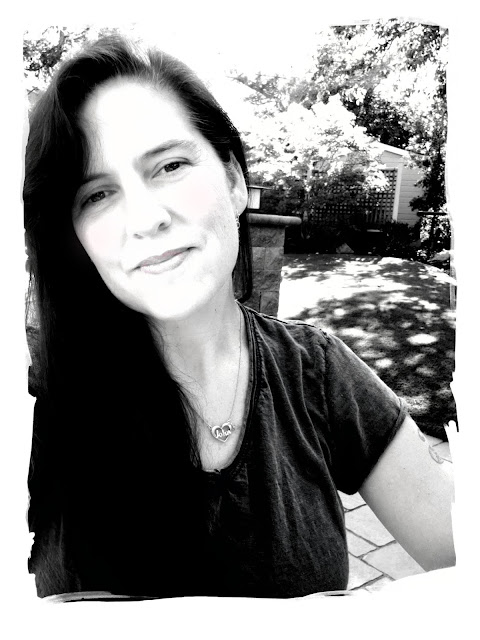 All you have to do is write one true sentence. Write the truest sentence that you know.
- Ernest Hemingway


Sometimes I am surprised by what I've forgotten about the day that John died. What did people say when I told them that he was gone? All I remember is that people told me that they were on their way to me. No one wanted me to be alone. But what words were said? What questions did they ask? I remember so little of those details.

Then there are the details about that day that stick with me, too. But, they are from those few short hours when I didn't yet know that he was gone. There is no rhyme or reason. It was a chilly April morning and I hadn't put a bath mat down. When I stepped out of the shower, I was annoyed at having to step on the cold floor. The memory of the tile beneath my feet stays with me. I remember debating which earrings I should wear that day, though not which ones I settled on. And I remember the brand of cereal I ate for breakfast that morning, too. All of those things, I remember.

But then the memories fade. There is a heaviness attached to the rest of that day that makes remembering difficult. I would tell you that it was a darkness but that wouldn't be right. There were so many people who stepped forward and helped me on the day that John died, and so many who helped on all the days that have followed (and who help me still). It would be wrong of me to say that those memories are dark. But heavy? Yes. So heavy, I suppose, that they make no room for other memories to find their way to the surface.

I am so glad that I kept journals. Never in my life have I been so glad to be a writer. I can go back still and read about what it was like when I sat beside John, what it was like to laugh with him, what it was like to fall in love. I get to hold onto those things despite the heaviness that ventures to take it all away. Sometimes, I sit in amazement at the way that the people around me stepped up in order to care for me, and care for each other. My writing, I know, did the same. It served me, and when I offered it publicly - over and over again survivors of suicide loss told me that this shared grief served them as well.

Survivors of suicide loss endure an increased risk of suicide themselves. The moment John died, those of us who held him closest to our hearts struggled with the unfair dichotomy of understanding how painful these losses are for those left behind and wanting desperately to join the one we'd lost. I suppose there is an irony to the fact that eternity seems forever away when the person you love has stepped over some sort of threshold and you feel left behind.

It was in fact my fellow survivors of suicide loss who helped me salvage my own will to live. It was John's family who stood strong beside me and held me up, not just in a proverbial sense, but sometimes physically as well. It was his closest friends who circled around me, from day one, to remind me of what they were certain was true - that he'd loved me when he was alive. All of these were the people who helped me craft a steadfast belief that John still loved me, even though he was now gone.

The conviction that continued love means that the person we have lost remains alive, is an extraordinary gift when we are shrouded in grief. The love of the person who is gone, when joined by the love of those who are still living, is what lights the way through any darkness we may encounter.

When new people join the survivors of suicide loss groups that I belong too - it is nearly inevitable that after a period of time, they ask the question: "How long will this pain last?" If their loss is fresh, sometimes they will put it into their limited perspective. "This hurts so much. It's been two months...three months... four... shouldn't the pain be less, by now?" And every time, my fellow survivors and I try to answer these questions as gently as possible. The answer is as harrowing as it is heartbreaking. Because the truth is, the pain will never go away entirely.

I often tell people that the heaviness remains, but the muscles holding onto it have gotten stronger. Now, a little over a year and a half having gone by - there are times when that strength makes holding the heaviness appear seamless, even to me. There are times when I no longer feel that this grief dictates my life. But just as swiftly, I am reminded that the trauma is still there. I am always reticent to outpace a person I love, even if we are just in the aisle of a store, or walking into a room. It is always there, the fear that if I were to turn around, my loved one will have disappeared forever. Keeping tabs on the people who are important in my life is a thankless and often impossible job. It frustrates me sometimes to be this frightened. And yet, for the most part, I try to be patient with myself. People do disappear in the blink of an eye, after all.

The acceptance of loss is critical to healing. There is impermanence all around us. For survivors of suicide loss though, inevitably, there is a sense of desperation attached to that impermanence. In therapeutic communities, they will tell you that we must embrace something called 'radical acceptance.' In short,this means that in order to effectively move forward, we must not only learn to accept that the loss has occurred, but also that we will always have pain around this fact. Ours is not an attempt to assuage the pain, ours is an attempt to live around it.

After many months of intense grieving, when those muscles of mine were beginning to proclaim their strength - I thought that perhaps it would have been easier to get through those first months, if other survivors would have lied to me. For a moment, I wished that they had told me that things would get much better. I wished that they had told me that soon enough I'd live a life where this terrible thing hadn't happened. I couldn't help but feel that maybe the earliest part of my journey of grief would have been tempered, even just slightly, if someone had told me that the sadness that had settled in my bones would find a way to escape.

Now though, when others are new in their loss and ask for this same reassurance, I understand why it is we don't lie to one another. It has been far more important for me to learn to live with this new layer in my bones. If I'd been given a false promise, then how would I know that we do recover? In my life, recovery has never looked the way I thought it would. Like any great wound, whether physical or spiritual, recovery is not clean and it often leaves a scar. Ultimately though, it is the scar itself that speaks to our profound ability to heal. I don't lie to my fellow survivors of suicide loss because I know that their healing will come from finding beauty and strength in that scar, and not from wishing that it weren't there.

Today is International Survivors of Suicide Loss Day. In the United States, it is the Saturday before Thanksgiving, every year. It is not so much a day that we mark our loss, but more, a day to honor the survival of those of us left behind. How fitting then, that this day always paves the way for a national holiday that speaks to gratitude. For I have found that survival and gratitude are most profound when one leads to the other.

To my fellow survivors of suicide loss, know that my heart is with you today, and always. Know that your strength inspires me. Know that your endurance heals me. And know that I am humbled by the fact that so many of us rise up and reach out, even in the midst of unbearable pain. And always know that I am forever grateful that when I have asked questions of you, that you have told me the truth.

I hope that we can honor each other today, and I hope for all of us every single day, that when we honor our losses, we will honor ourselves as well. 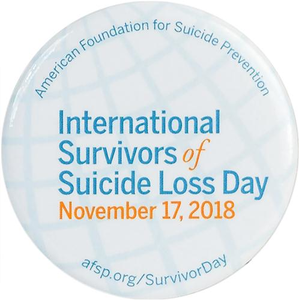