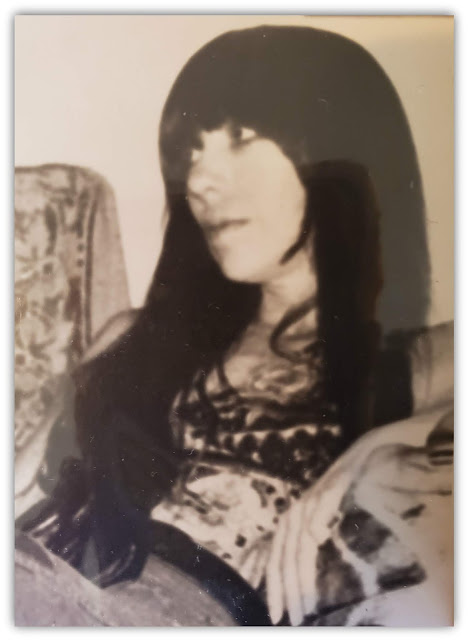 My mother would have turned 71 today, had suicide not taken her life 16 years ago.

I can see the ways I am like her, now. I recognize her long brown hair in my own. My hands have always been the same as hers. I can see her nose when I look in the mirror. And I can see her eyes, the same eyes we now share with my son, too.

And I recognize her every time I hear the click clack of my computer keyboard in use (though, in her day, hers was a typewriter). I am familiar with the sound of writing, because of her. Whenever anyone tells me that my writing is important to them, I think of my mother, and I know in those moments, that she would be proud.

We differ too, though. Sometimes I wonder what her life would have been like, had she been given the same gifts that have been afforded me. When broken hearted, would she have mended faster if she knew what it felt like to be surrounded by ocean water and to swim in the sea? When frightened by the darkness of life's often overwhelming turns - would she have been more strong if she'd known how to let those who loved her carry her through? If she'd been able to reach out to others, would she have understood that she was never alone?

I wonder too, what it would have been like for me if I'd had a mother present in my life during my adult years. I've had so many extraordinary women support me and hold me up. I've never been at a loss for love. But as for a mother, I've only ever wanted her. I wonder if she knew that?

I wish that she'd believed in healing. I wish that she'd believed in the possibility that one day people would better understand her illness and offer better treatment too. And I also wish that she'd been able to avail herself of every resource that might have made her illness more bearable. I wish I wish I wish. But none of those things were true for her. In the end, her life was a constant struggle between finding a will to live and yet the unending notion that her suffering would end if she were to die. The latter won and took her from those who loved her. Her desperation to end her pain took her away from me.

If I could give my mother a birthday gift, it would be this:

A belief that there is hope for those who suffer from mental illness. A belief that there are ways to mitigate it's pain, and that there will be even more effective treatments down the line. I'd want to give my mother the gift of believing that reaching out is possible, that letting people love you is healing, and that when we pull together, the fight to prevent deaths like hers, is a fight that will be won.

I wish I could give her the gift of belief in all those things. Today though, the only gift I can give her is a promise that I will believe all of those things, on her behalf.

My heart is broken that she was not afforded the same gifts in life that I was, but I know that there is a heavenly grace in the fact that my love for her propels me to live a life dedicated to making a difference in the lives of others. Part of that grace for me, is in knowing that every word I write endeavors to honor my mother's talent and her compassion.

My mother would have been 71 years old today. I will celebrate her birthday by believing the things she didn't know how to believe. And always, I will celebrate her life by letting the world know that for every resource we now have to treat mental illness, the most important ones are to love and be loved in return.

And I promise her still, that I will celebrate her life every single day, by honoring the greatest gift she ever gave me. A dedication to writing.