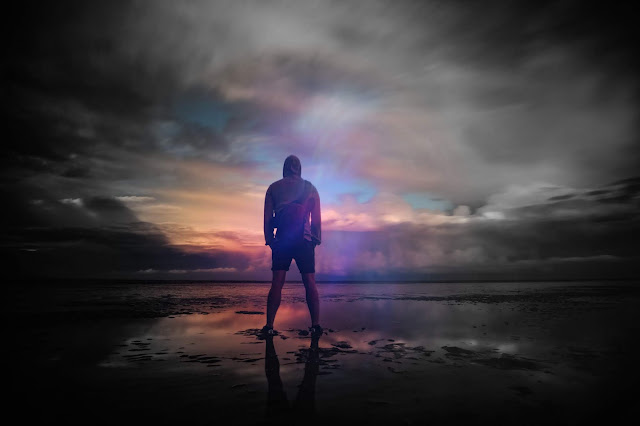 Steve Leonard lives in Edmonds, Washington. He is a fellow member of my Spouse/Partner Survivors of Suicide Loss group. This is a guest post, written by him. His words are very wise. I wish I'd read something like this when my loss was fresh. He is writing about what it is like to navigate the beginnings of a heartbreaking loss to suicide. It is helpful to read now, and it would have been helpful then. Here it is:

So there are no rules or straight lines when it comes to dealing with this shit. That’s what this is. Shit. I think that all of us are unique and have to deal with this differently but there are some things that are universally similar to all of us.

I think there should be a rule book for someone to read when the loss is new. This isn’t old hat for me. It’s new. I’m new. I’ve lost people before. Blood and death aren’t new. Katie being gone is new. I should have seen it coming. Not really though.

For me it broke me. I wouldn’t admit it but it did. It took everything and left me at my base level. The bottom. I’d like to think that I’m strong and that I can deal with anything but I know better.

I think that anything can be a lesson. You just have to find what it is. For those that are new, I think that once you are ready, these steps should be followed. Ok. Here goes:

1. Accept that it’s not your fault. You didn’t want this and we can’t control what other people do.

2. Take care of yourself. Eat. Shower. Pay bills. Sleep. Work out. Keep moving. Realize that you are still here. Don’t be a douche.

3. Feel the pain. Try to understand it. Try to grow. I say try. The question you want answered will never be answered. It’s not ok but it’s ok because it doesn’t matter. What’s done is done.

If you are here, then you are still in the game.

4. Lose any shame you have. It doesn’t do you any good. As long as you try and have good intentions, it’s hard to do harm. You have to have a brain and at least you’re trying. Have a brain!

5. Move. A change of environment can be helpful. You get to pick in this new reality. You don’t have to abandon the good with the bad. Take the good. Cherish it. The bad? Leave it at the door. It’s about you now. You get to pick. Life’s not fair. Sometimes that’s a good thing.
I could go on forever. I think burn parties are helpful. That kind of shit. Join a group for survivors of suicide loss. Those groups can be so helpful. I joined one and I'm glad.

Like I said. I was at my base. Less than zero. This thing equals instant PTSD if you saw what many of us saw. That has to be addressed as well but general steps to push forward are what makes life livable.

Gratitude toward everyone is not a bad stance to have.

Just a thought. It’s real. It’s not leaving. It’s not fair. Deal with it. Nobody can understand. There is a power in that.