Coming Home Before the Sun 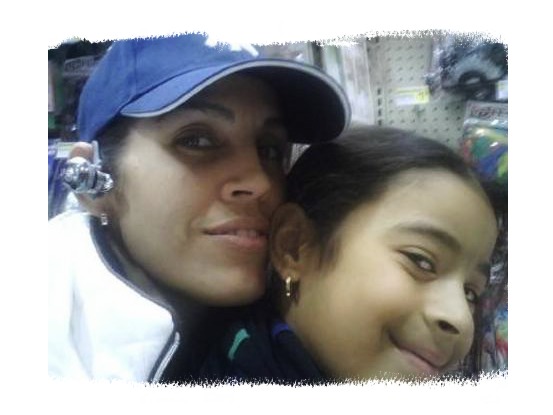 For all the mothers fightingFor better days to comeAnd all my women, all my women sitting here tryingTo come home before the sunAnd all my sistersComing togetherSay yes I willYes I can

Linda Diaz lives in Maryland and works as an IT professional. She is a mother, grandmother, and is active in her community. Her volunteer work has included having been a lead volunteer with the Maryland Chapter for the American Foundation for Suicide Prevention, volunteering with the UMTTR (You Matter) organization, and also having volunteered with the Campaign to Change Direction. Linda began to recognize that there were not enough resources and services available to underserved communities, so she has expanded her goals now to include creating her own non-profit to address those needs. Linda's dedication to advocacy for suicide prevention and awareness is nonstop. Her efforts have resulted in laws that will likely save many lives.

Linda Diaz is an inspiration for all of us who take on the mantle of fighting to stop so many lives from being lost to suicide. Perhaps even more inspirational is the fact that she does this while joining so many of us in the suicide prevention and awareness community who are also survivors of suicide loss.

I've said it before and I will say it again. Those of us doing advocacy and telling our personal stories, by necessity, must keep our loss close to us and at the forefront of our thoughts and efforts. It requires a special kind of strength and willingness and I am constantly amazed by the men and women who take on this cause. 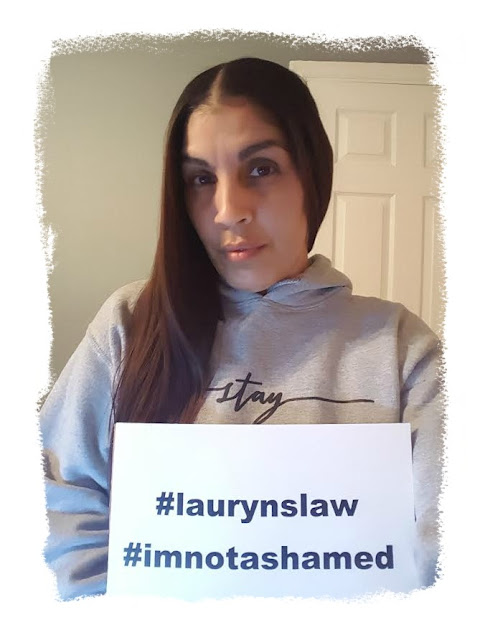 Linda's dedication to the cause comes from a place of terrible heartbreak and fierce love. On February 16, 2013, she lost her beautiful fifteen year old daughter, Lauryn, to suicide. 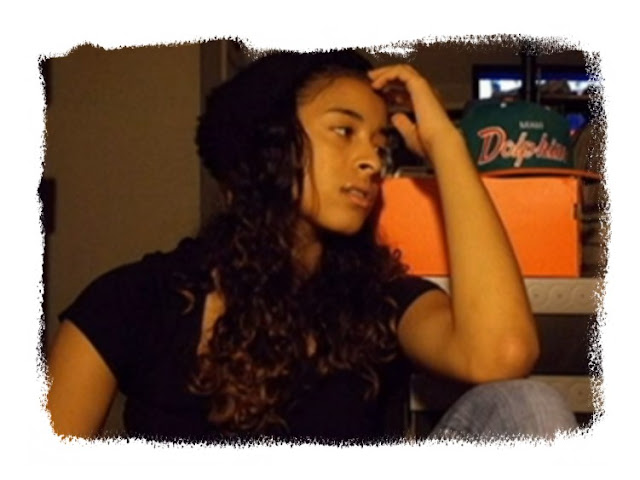 Linda has two daughters born ten years apart, and Lauryn was the youngest. From the beginning, Lauryn was very close to her mother. She was always a warm and loving child. Still, when she was very young, if she was upset and crying - in testament to Lauryn's attachment to mother - Linda was often the only one who could console her.

Linda and Lauryn's father had a difficult break up when Lauryn was young. Linda believes that the pain around that situation contributed to Lauryn suffering from early childhood trauma.

Despite this, Lauryn had a vibrant personality. She was kind and sweet and adored animals, especially the family dogs. She loved taking 'selfies' and in the last years of her life, she took an interest in more serious photography, as well.

Lauryn also loved and played many sports. She took classes in martial arts, and became very interested in archery. In fact, Lauryn had a goal to be the youngest female to qualify for the 2016 Olympics in archery, or in skeet and trap shooting. 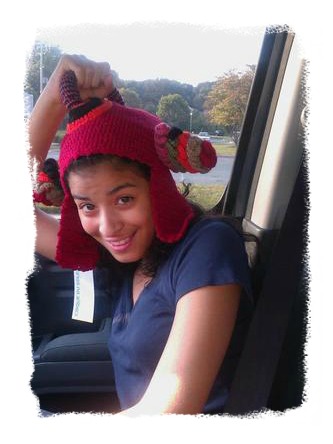 Lauryn was not just close to her mother, though. She also adored her old sister Loryel, and the two were very close. Despite their ten year age difference, Linda says that her daughters' bond more closely resembled that of twins.

Linda says that when Lauryn was very young, she wouldn't spend the night anywhere unless her sister was at her side. When it was time for Lauryn to start preschool, Loryel would often stay with her for a few minutes in order to comfort her, before she went to school herself.

As the years went by, Lauryn always remained close to her sister. 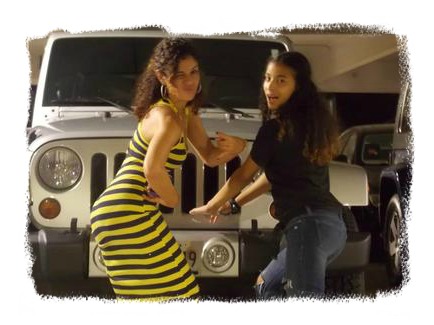 When Lauryn died, Linda not only had to contend with her own grief, but also knowing that her elder daughter was devastated and heartbroken, too.

"They shared so many secrets and a bond that has left Loryel shattered, without her sister." Linda says.

Before Lauryn died, Loryel had a daughter of her own - Lihana. It was no surprise that Lauryn was a doting aunt.

Lauryn's father did not consistently support his daughter financially, but when he did contribute, Linda would allow Lauryn to use the money as she wished. Part of what Lauryn would use the money for was to add to her collection of Air Jordan tennis shoes, and she would often purchase matching shoes for the niece she adored.

Now, one of the things that does help Linda and Loryel is watching Lihana. Linda says they can already see Lauryn's personality shining through in little Lihana, and this does give Linda and her daughter Loryel some moments of joy. 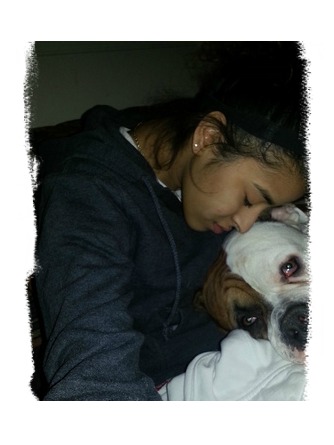 When Lauryn was fourteen years old, she began to experience the physical symptoms that are associated with anxiety. Stomach pains, headaches and insomnia. When Linda brought Lauryn to doctors, they didn't alert her to have Lauryn's mental health checked. Instead, they attributed the symptoms to her history of anemia.

However, Linda feels that these were the beginning signs of Lauryn's emotional struggles. She believes that Lauryn suffered from severe anxiety and likely PTSD from her childhood trauma. She also says Lauryn experienced some bullying by family members and that likely contributed to her suicidality.

Soon, Lauryn began to lose interest in things she had previously enjoyed and to isolate from friends. Linda became very concerned when her daughter's grades dropped. She spoke to Lauryn's school counselor and explained that Lauryn had been a gifted student in the past and that she was concerned about her. The counselor was dismissive and told Linda that Lauryn just needed to work harder to get better grades. Linda begged the counselor to see Lauryn so that he could find out how to help her. He promised he would pull her out of one of her classes to do just that.

Linda was frustrated and angry, but before she had a chance to speak to the counselor again, her daughter took her life. Lauryn, a freshman in high school, had turned fifteen years old just three weeks before she died.

Her death deeply affected not just her family, but the multitude of friends her age who loved and cared about her.

Linda was already dealing with profound grief and frustration with the lack of support that her daughter received at school, when two more of Lauryn's friends attempted suicide. One friend who was only thirteen years old, attempted twice. 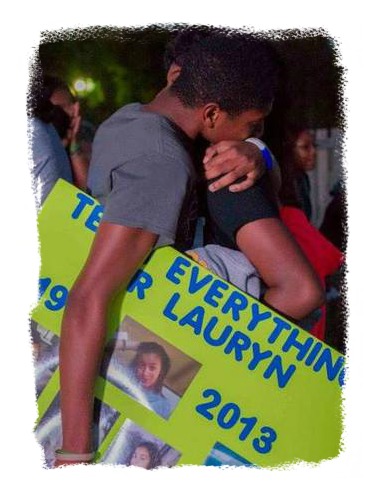 For most parents who lose a child, especially one as young as Lauryn, they will tell you that the grief lasts a lifetime. With a great deal of effort and time, it may be possible to accept the reality that their child is gone, but there is nothing acceptable about losing a child in such a heartbreaking manner as suicide.

Linda decided that something had to be done and she began to channel her grief into advocating for better training for school counselors so that they would understand the signs of a possible suicide and know how to intervene.

Linda recognized that getting this accomplished was going to be a big job, and she realized that laws would have to be enacted in order to ensure that it happened. She began to share her story with state lawmakers whenever she could.

"It took a lot of work, calls, emails, and personal office visits to all the Delegates and Senators. I must have told Lauryn’s story over 3000 times," Linda says.

With the sponsorship and support of Delegate Joseline Pena Melnyk, HB0947 was written and dubbed Lauryn's Law in 2015.

With the sponsorship and support of Delegate David Fraser-Hidalgo, HB0920 was written and dubbed Part II of Lauryn's Law in 2017

Because of her tireless advocacy, the bill passed each side unanimously and on May 12, 2015, Maryland Governor Larry Hogan signed the bill into law.

The issue of teen suicide is profound. According to the Centers for Disease Control and Prevention, in 2013 there were 4,878 young people aged fifteen to twenty four who died by suicide in the United States. Suicide is the second leading cause of death among youth aged ten to twenty four. 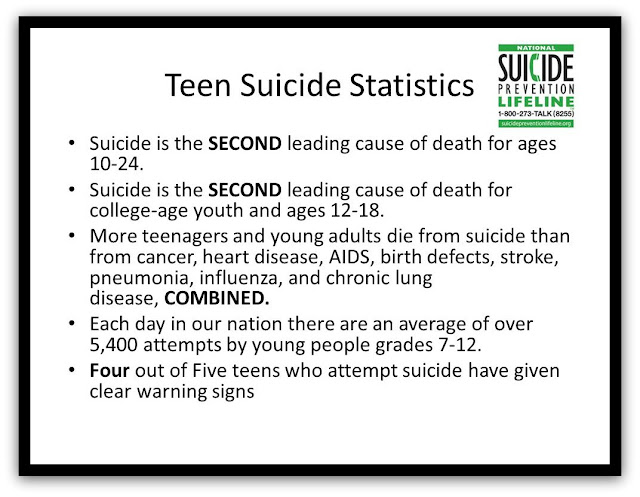 No one wants their child to be a statistic and it is difficult for many parents to believe that their kids are at risk. but it is important to put the gravity of the situation into perspective. The number of youth deaths by suicide is rising at a startling rate. of the 4,878 youth who died by suicide in 2013, that number was up by 3,998 from a decade earlier.

Legislation like that of Lauryn's Law is critical to addressing the problem.

“There is a contagion effect,” Linda says of teen suicide. “This is an issue, almost like a bomb waiting to explode.”
Linda says she recognizes that laws must be enacted on behalf of the lives lost to suicide, but also so that the number of survivors of suicide loss declines. Linda told me that she recognizes that the grief that we feel as survivors of suicide loss is uniquely painful. She knows, we all face difficult road toward recovery from our hurt.

"Suicide loss has no boundaries or limit, with the endless sorrow and grief." She says, explaining her conviction to continue her advocacy.

"I will fight till my dying breath, so many know, I will never give up.

Equally, I am amazed that it is often these individuals who, in the midst of their grief, become dedicated and tireless advocates working to ensure that future lives are saved.

Linda Diaz does this, and she is nothing less than a superwoman for doing so. 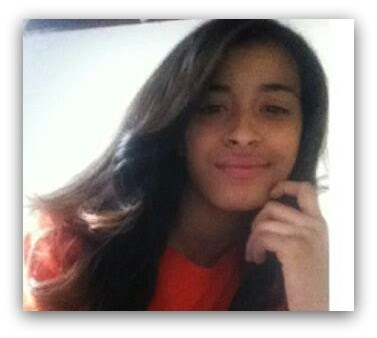 The following classes are already available to school counselors, in order to fulfill their Lauryn's Law CEU requirements for recertification: