Sharing a Part of Herself 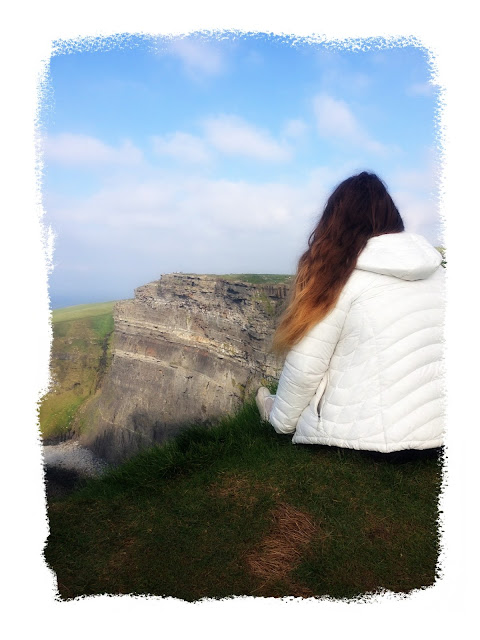 
Stigma around mental illness impacts every aspect of recovery. Individuals are made to feel ashamed and responsible for the emotional impact their disease has on them and others. Prioritization of finding effective treatment and allocation of funding for existing resources, are all hindered by stigma.

Historically, BPD has not been well understood by those who suffer from the condition, nor by professionals in the mental health field. For decades, BPD sufferers were told their their illness was treatment resistant and that there was little that could be done.

Common symptoms of BPD include self-harm, extreme duress over difficult interpersonal relationships, and a high rate of suicidality. Expecting those diagnosed with the condition to accept its poor treatment prognosis is neither fair nor appropriate.

Close to ten percent of those suffering from borderline personality disorder will die by suicide. Destigmatizing BPD and prioritizing research into effective evidence based treatment is urgently needed in order to save lives. 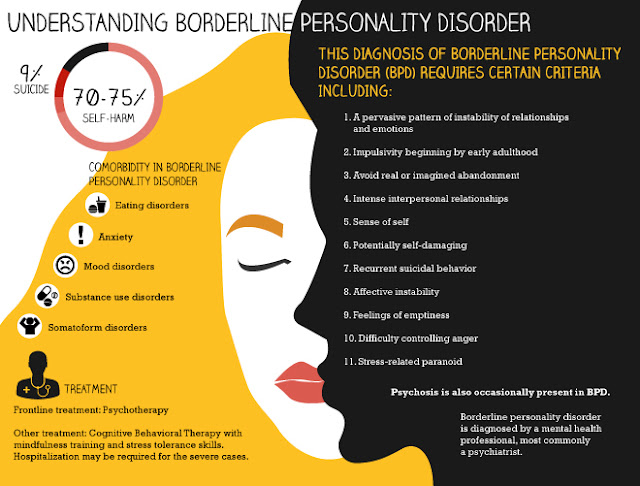 As with all stigmatized conditions, speaking up is one of the best ways to combat the damage that stigma can do. Still, it takes a very brave person to be willing to step up and say that they have been diagnosed with a condition that is misunderstood by so many.

Madeline Head lives in Richmond, Virginia. After several years of struggling with interpersonal relationships and painful behaviors such as self harming, she was diagnosed with bipolar disorder (type II) and borderline personality disorder.

Because she felt that her mental health diagnoses werre so overwhelming, Madeline says that at first she didn't want to believe it was true.

"I refused to accept this because of fear about how people would react to me, as well as certain stigmas."

Madeline says that her inability to accept her illnesses began to change when she came close to suicide.

"I was days away from ending my life when my family stepped in and saved me. I owe my life to them and I love them so very much."

One of the challenges with BPD is that there aren't significant treatment protocols that are showing efficacy at treating the condition. The prioritization of more research is important, especially given the prevalence of the condition in mental health care settings. 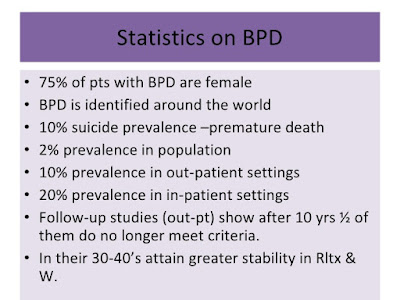 Despite the fact that BPD has had a poor reputation in mental health communities, opinions are changing. Defying previous suggestions that the condition was entirely treatment resistant, in recent years it has been shown that cognitive and dialectical behavioral therapies (CBT and DBT) are very successful when used to manage symptoms. 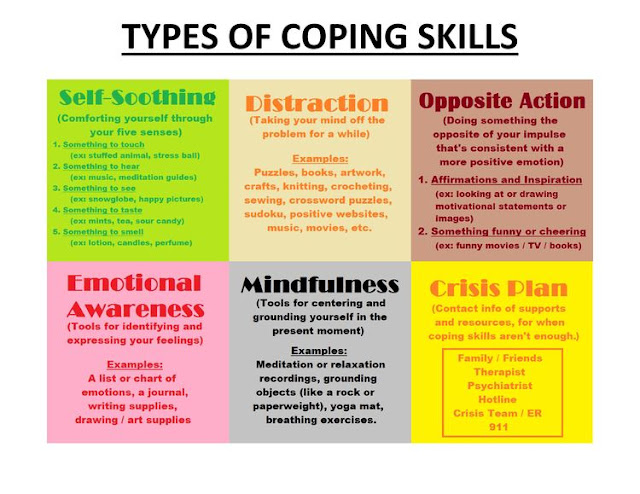 In addition to learning to accept her diagnoses and working to manage her symptoms, Madeline uses writing in order to channel her feelings. She also wanted to fight the stigma and misunderstandings surrounding mental health conditions, so she made the brave decision to make her writing public. You can find her essays on her aptly named blog, Healing By Educating. 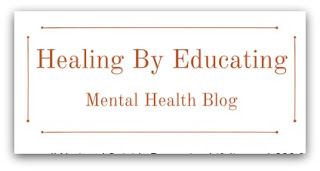 Madeline describes the difficulties of managing both bipolar and BPD as particularly challenging.

"I also struggle with living a healthy and stable life without dramatic ups and downs daily."

The suicidal ideation experienced by sufferers of both bipolar and BPD are startling, and they concern both Madeline and her loved ones.

"I am constantly fighting a battle of suicidal thoughts, but not wanting to die," she says.

For Madeline, part of accepting the disease has meant coping with the present lack of significantly effective treatment.

"I have extreme intrusive thoughts of dying. These thoughts will probably never leave me alone."

However, Madaline says that communicating her suicidal feelings with others is critical to managing those urges.

"This is not easy," she says, "But I am lucky enough to have a family that understands the difference between suicidal thoughts and feelings (intrusive thoughts) from wanting to end my own life."

Madeline also acknowledges how important it is that loved ones understand the signs of suicidal ideation. She credits her family's having known the signs of a potential suicide, for saving her life.

"I was days away from ending my life, when my family stepped in."

Madeline says that there is a history of mental illness in her family and this is a part of what has made her family supportive and understanding. But with friends, unless they are educated about the symptoms of bipolar and borderline personality disorder, it is often difficult for them to accept or understand her symptoms.

Because those with BPD experience a heightened fear of abandonment, maintaining strong interpersonal relationships can be difficult. Often the resulting social isolation exacerbates the pain of the condition.

Madeline describes the overwhelming feelings as 'having the world thrown at her'. It is through her proactive efforts to manage her illness, that she remains functional and often thrives. She credits mindfulness and extensive therapy as being vital to overcoming her illness.

"I have learned how to stifle the darkness. I am learning how to exude affection, happiness, and thoughtfulness even when I can barely get out of bed in the morning."

She encourages all fellow sufferers of mental illness to surround themselves with supportive people and to reach out to them regularly.

"I have noticed that when I have my hardest days, it is because I am not communicating to my loved ones."

Because she understands the importance of communication on a larger scale as well, Madeline shares her writing and experiences on more than just her blog.

"I fight everyday to bring awareness to something that haunts me and holds me hostage."

In an article for the blogger collective, She in the CLE, Madeline writes:

"I am not crazy because I have these disorders. I am not dangerous. I am not looking for attention. I am not broken. I am not able to just snap out of it." 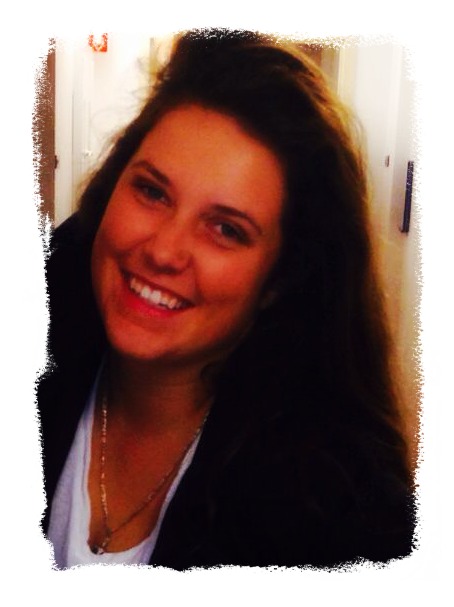 Perhaps it is on her blog's 'About Me' page that Madeline best puts her reasons for sharing her experiences with others.

"I am incredibly blessed to be sharing a part of myself with you. I am a person with mental illness. I do not let my diagnosis define who I am or how I live each day."

Madeline's efforts speak to her courage, and they are making an impact on the stigma that contributes to suicidal feelings in all who suffer from bipolar and BPD. Ultimately, fighting stigma saves lives.

While she feels blessed to share a part of herself with others, all of those diagnosed with mental illness conditions are blessed by Madeline's sharing as well.

You can find Madeline's blog, Healing By Educating, here. 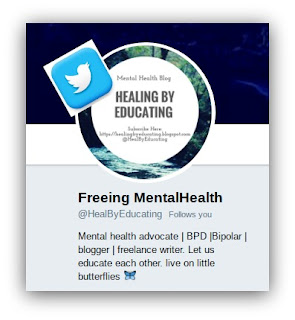