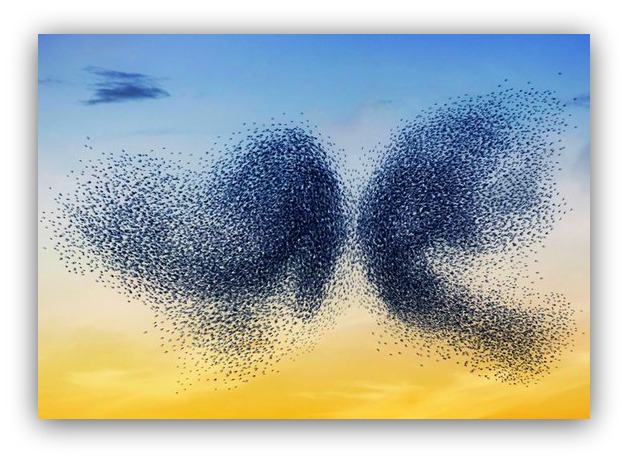 I want to tell my fellow survivors that my heart breaks for us all. We stand together, but I know there is a not a one of us who would have willingly walked through these doors. This is not a club we want to belong to, and this is not a grief that anyone should have to endure.

Most of us survivors, prior to our loss, lived our lives believing that we had some sense of what permanence meant and where it could be applied. Beyond that, we believed we knew what we were likely to lose in this life, and we knew what we could depend on to stay.

Most of us had no idea that this was a world where entire hemispheres could be stolen from us in the blink of an eye. And so at times it feels as if we are walking around in halves. Half a person, where there was once someone complete.

I wish that I could give you all a gift today, but I know I can't give you the thing that you want most. Still, I want to offer you something beautiful, and I thought of this:

Several years ago, a video of a flock of starling taking flight over a river in Ireland, went viral. It starts out with photos of two women who are paddling a canoe. They say a few words to one another about the direction they are paddling in, and then one of them looks up at the sky. From there, one of the women begins to film the birds that are flying above.

The video went viral because the murmuration of these birds is so stunning. Hundreds and sometimes thousands of tiny feathered bodies that twist and turn in the air. Perhaps if we could see every atom, this is what breath itself would look like.

It is not the twisting and turning, nor the numbers of birds, that is so stunning, though. It's the way in which the birds move both together and separately - at the very same time. A miracle of navigation that takes place in the sky.

I remember when the video came out. I watched it over and over again. It was so beautiful and mysterious. In fact, I doubted that it was real.

How could thousands of birds choreograph such an exquisite journey?

Then, I read some articles about starling flocks. Several described the physics of reaction, and how the smallest movement might impact the movement of another. I read about the mathematical theory of 'critical transitions'. The slightest movements that serve as tipping points and produce a huge change.

To my fellow suicide loss survivors, I want you to know that I thought of the video of the starlings and of the physics of murmation, because they reminded me of us, and of our healing.

You see, scientists still don't fully understand the dynamics of these starling flight patterns. It is easy to see how one bird moving might cause another to move in response. The mystery remains however, as to how one bird can move nearly in unison with another bird hundreds of feet away.

The science points to something that is quantum in nature, grounded in details that seem to be beyond our human comprehension. As one website explained:

'Starlings may simply be the most visible and beautiful example of a biological criticality that also seems to operate in proteins and neurons, hinting at universal principles yet to be understood.'

In other words, this world offers us so much more than we can understand. Philosophies and (yes) universal principles that might forever remain mysterious.

Perhaps we will never understand the reasons behind our loss. Likely they will never make sense. How could they? And if our loss is fresh (or even if not) perhaps we are feeling as if there is nothing about us or about our lives that will ever be beautiful again.

But I am asking you to reach out. To talk to me and talk to one another. I am asking you to hold each other when needed. Because when I am stuck, I have learned already that it is my fellow survivors of suicide loss who will stand near me and move forward on my behalf.

To my fellow suicide loss survivors, never forget that you serve as my critical transitions. I don't care where you are on your journey. One day or one hundred years. It is your breath, it is your heart beating, it is your movement, that inspires my own.

In this context, critical transitions are no longer a mathematical theory, instead, they are a spiritual one. Simply put, despite my losses I am surviving another day, because you are surviving too.

Today is Survivors of Suicide Loss Day. To my fellow survivors of suicide loss, please know this:

Murmuration from Islands & Rivers on Vimeo. 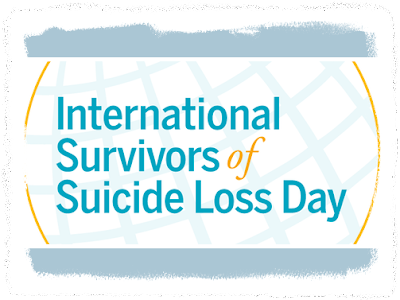