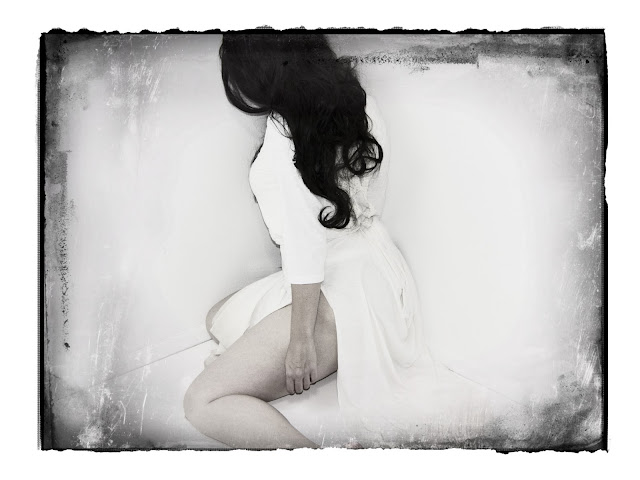 Stand up for your conscience.
Use light to reveal what is concealed in the darkness.
Use truth to fight the lies, and the heart to fight the mind.

The article highlighted decades of abuse perpetrated by Weinstein on women whose careers would be in jeopardy if they spoke up. Some women were paid for their silence and some women were intimidated into silence.

However, there were also multitudes of people in the entertainment industry who knew what was happening but didn't speak up publicly.

While there is a record of some celebrities warning others about Weinsten's behavior and history of sexual assault, those people were few and far between. Why? For many of the same reasons that the victims themselves didn't speak up. In addition, we live in a culture of silence around sexual abuse that makes our society complicit in overt sexual harassment and even assault. Stigma and blame are assigned to the victim and the resulting shame perpetuates the silence.

This week though, when actress Rose McGowan was silenced on Twitter for what many deemed had to do with her speaking out and against Harvey Weinstein - a movement of support began.

To draw attention to how pervasive the problem is, fellow actress Alyssa Milano (who once starred alongside McGowan on the hit television series, 'Charmed') tweeted the following:

“If all the women who have been sexually harassed or assaulted wrote ‘Me too’ as a status, we might give people a sense of the magnitude of the problem,”

In support of McGowan, users began using the hashtag #metoo in order to tell the world that they too had direct experience with sexually abusive behavior on some level or another. Within hours, thousands of individuals were using social media to come forward.

This blog, Lighting Up the Sky, is dedicated to suicide awareness and prevention. While some may think that a post about Harvey Weinstein and the #metoo hashtag is veering off of our primary mission, i assure you it is not.  Here's why:

According to RAINN (Rape, Abuse & Incest National Network - the nation's largest anti-sexual violence organization) 33% of all sexual abuse survivors have contemplated suicide and 13% make an attempt. These are particularly alarming statistics when you consider that every 98 seconds, an American woman is the victim of sexual violence.

According to Medscape (a leading online newsletter for physicians and healthcare professionals worldwide):

Sexual abuse is a significant precursor for suicidal behavior, particularly among women.

A randomized cross-sectional survey of the British population shows that a history of sexual abuse is strongly associated with suicide attempts and suicidal intent and that although the association is higher for women than men, it is substantial for both groups, with odds ratios of 9.6 and 6.7, respectively.
The absence of sexual abuse would mean the rate of suicide attempts during a lifetime would drop by 28% in women and by 7% in men.
And, according the Medical University of South Carolina:
When victims of sexual assault were asked if they ever thought seriously about committing suicide:

One-third (33%) of the rape victims and 8% of the non-victims of crime said yes.

Rape victims were 4.1 times more likely than non-crime victims to have contemplated suicide.

Rape victims were 13 times more likely than non-crime victims to have attempted suicide (13% Vs 1%).

These findings have been replicated in study after study, and they are worldwide. According to an article from the University of Sydney Australia's Children's Hospital of Westmead, young people who had experienced childhood sexual abuse had a suicide rate that was 10.7 to 13.0 times the national Australian rates.
On my writing blog (Ink Splattered Soul) in my personal essay 'I Am With You', I wrote about my history of sexual abuse and how it has had an impact on seemingly unrelated suicidal thinking.

'Here is the thing, when it comes to sexual assault, there is a misdistribution of shame. In our culture, victims are left to hold shame which does not belong to us. We are expected to keep our experiences quiet. We learn that being vocal is akin to brandishing a scarlet letter - so we push the experience down, we try to relegate the memories to the forgotten. Often though, that shame seeps out in the most unexpected places.'

So, without question, the prevention of sexual assault must be achieved in order to adequately prevent suicide.

If you have been a victim of sexual assault, you can find help and resources, here: