Living in My Broken Heart 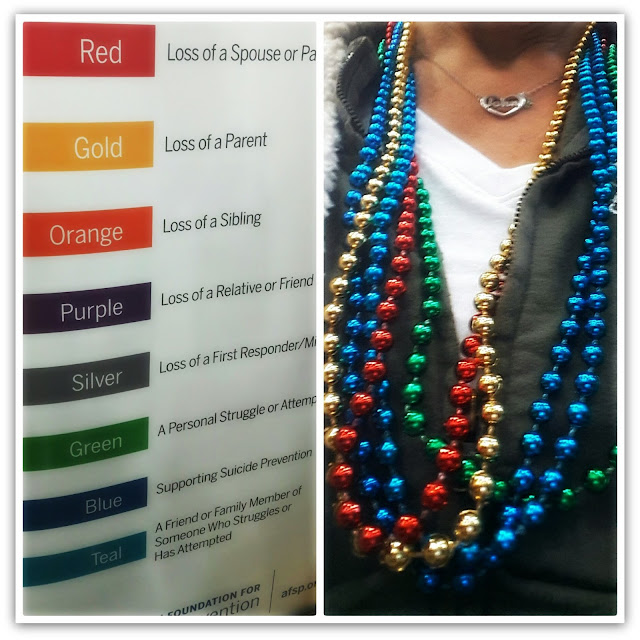 You will lose someone you can't live without, and your heart will be badly broken.
And the bad news is that you never completely get over the loss of your beloved.
But this is also the good news. They live forever in your
broken heart that doesn't seal back up.

I wore red beads because I have lost a love to suicide.

I wore gold beads because I lost my mother to suicide.

I wore green beads because of my personal struggle with suicide.

I wore teal beads because I have friends who have attempted suicide.

But today, the most important beads I wore, were blue.

I support suicide awareness and I believe that one day, we will be better at preventing these tragic losses.

I know that the best way for me to keep the people I love alive is to honor them, every day, by giving everything I can to this important cause.

They remain forever in my heart, broken as it may be. And in the end, that is very good news.

Email ThisBlogThis!Share to TwitterShare to FacebookShare to Pinterest
Labels: AFSP, Chelise Stroud, Get Into Action, Out of the Darkness Walk, Survivors of Suicide Loss
Newer Post Older Post Home