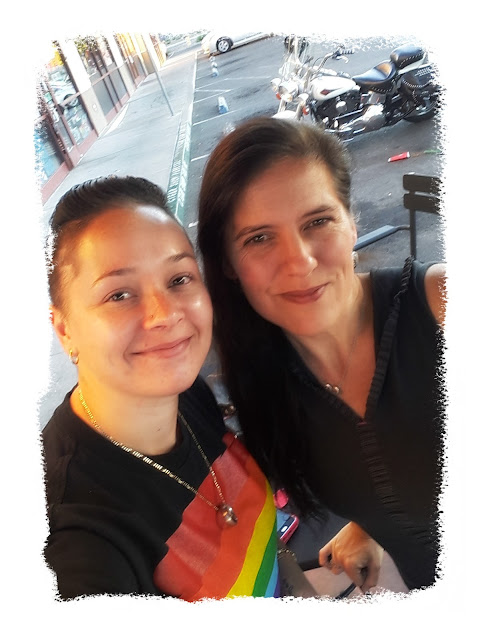 When I started this blog, I received a lot of feedback from people who thanked me for giving a personal voice to the many ways in which suicide touches lives. Quickly, I realized that I was not the only one with a valuable story, and I was not the only one who wanted to share their experiences around pain, grief, and most importantly, healing. So, I am happy to introduce an ongoing series on this blog. I'm excited to share the stories of others whose lives have been touched by suicide or mental illness, either peripherally, directly, or as experts in the field.

I hope that others will find the Our Voices Matter series on this blog helpful and hopeful.

In fact, at the event, she made sure that everyone who saw her was reminded of the National Suicide Prevention Hotline phone number. Tara Jean shaved the phone number into her hair! 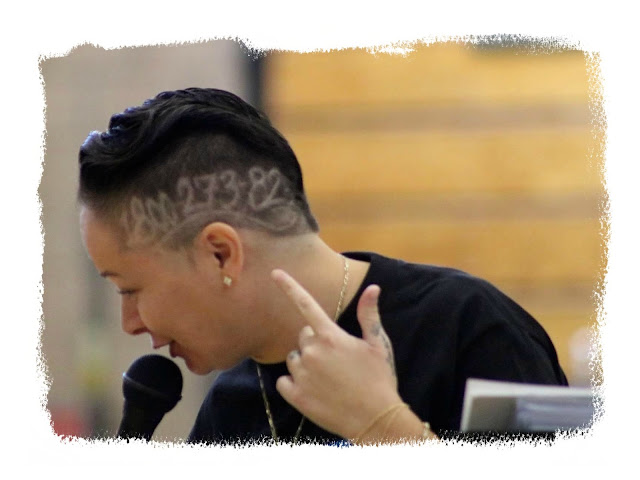 Tara Jean Robinson with the
Suicide Prevention Hotline phone number shaved into her hair.
October 14, 2017, AFSP Out of the Darkness Walk, Oakley, California

Tara Jean's hairstyle wasn't the only thing that impressed me about her. When Tara Jean tells her story in front of a crowd, she is charismatic and powerful. At twenty nine years old, her energy and attitude belie someone younger, but her experience and self reflection do not. Two weeks after the Out of The Darkness Walk, Tara Jean and I sat down to talk, and she told me her story.

Tara Jean says that her own suicidal thoughts started when she was young and were complicated when she realized she was gay. When she tried to come out to her family, her initial experiences were of not being accepted. In attempting to please them, she says, she tried to date men. She tried to change herself into who she thought they wanted her to be, but the pain and rejection she felt was overwhelming. And, she said, trying to become 'straight' didn't work. She only felt as if she were betraying herself and letting everyone down at the same time.

As a member of the LGBTQ community, Tara Jean is not alone in struggling with suicidal feelings. According to a comprehensive study done by the University of California, Santa Barbara:

High rates of suicide and distress among LGBTQ individuals are widely attributed to the adverse social conditions that LGBTQ youth frequently experience as a result of the stigma that society attaches to their identities. Gay and gender non-conforming youth are frequently met with discrimination and hostility. LGBTQ young people are at increased risk for experiences with violence, which can include behaviors such as bullying, teasing, harassment, physical assault, and suicide-related behaviors.
Suicide statistics as they relate to the LGBTQ community are no less heartbreaking. 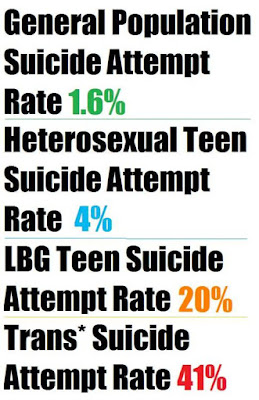 Despite not being able to come out to her family publicly, Tara Jean shared that she did have the support of her father.

Still, in March of 2014, at the age of twenty five, Tara Jean attempted suicide. Despite the seriousness of her attempt, it was not successful. Afterward her family asked her to keep it a secret, and they discouraged her from going to an emergency room or hospital.

Again though, it was Tara Jean's father who was the most supportive about the situation. He had been suicidal himself, he confided in her. When she and her father talked about it, they made a promise to one another that neither one of them would ever follow through with plans for suicide.

A few weeks after her father told her about his own suicidality, Tara Jean had a nightmare about his death.

When she told him about her dream and how upset she was, her father told her that he hadn't really been suicidal in the past, and that she needn't worry about that anymore.

I asked her if she believed him when he said this.

"No, I thought he was lying then, as opposed to lying when he told me about wanting to die," she explained.

Still, Tara Jean's efforts over the next year were focused on her own healing, something she says she is still working on.today. It is when she begins talking about her experience as a survivor of suicide loss that her strength and courage truly becomes evident.

A year after her own attempt, her father died by suicide.

Like many survivors of suicide loss, after her father's death, she found herself dealing with people who didn't know what to say or do to comfort her. Some people gave her unsolicited advice about what she should have done. Others who had been friends before, now avoided her.

Also like many survivors of suicide loss, following her father's death, Tara Jean experienced insensitivity and blame. 'See what you started when you tried to kill yourself!' one person said to her, suggesting that Tara Jean's attempt had emboldened her father to take his own life. The fact that someone said this to her still frustrates her and causes her pain. She doesn't like the suggestion that another person can cause someone else to kill themself, and she also doesn't like the suggestion that a suicide attempt is a 'choice' that someone makes. She made up a saying in order to explain to people that depression can have a voice of its own:


It's not a choice - it's that little dark voice.

Even after her own attempt and after her father died, Tara Jean's life continued to be rocked by suicide. In August of 2016, a close friend of hers died by suicide, and in September, another. For the past few years however, she has been working to strengthen her own recovery and to help others by getting involved in suicide prevention and advocacy. Tara Jean likes to share one of the most important things she has learned as a survivor of suicide loss.

"Suicide doesn't end the pain, it just passes it along to someone else."

Tara Jean says that it is her spirituality that gives her the most solace, and it is in speaking out that she has found her strength and healing. She is tired of the stigma around mental illness and suicide. She has decided to share her story and her truth whenever and wherever she can. She says she wants to be the support for young people that she wished she'd had.


"If people try to shut me up or shut me down, I'm just going to get louder." Tara Jean says.

She is involved with the American Foundation for Suicide Prevention and has been helping with the Out of the Darkness walk in her hometown of Oakley, California, since the walk started there. This year, she was asked to speak at more than one event. Tara Jean says that when she was young, she was very shy and even introverted. Now though, she speaks up about her experiences as a gay woman dealing with an eating disorder and other mental illnesses, and about the ways that suicide has impacted her.

In an East Bay Times article, Vanessa Perry, Chairperson of the Oakley event, explains the importance of people talking about suicide and the reason why events that allow people to do this are crucial to healing.

“I get people coming up to me all the time who tell me that because of the walk they’ve been able to talk about their loss,” Perry said. “The walks help people overcome their struggles and heal by finding that it’s safe to talk about what they’ve gone through and their losses."

Tara Jean agrees. Today, she realizes that she can both heal and make a difference for others, because as a survivor of a suicide attempt and a survivor of suicide loss, she recognizes that our voices matter. 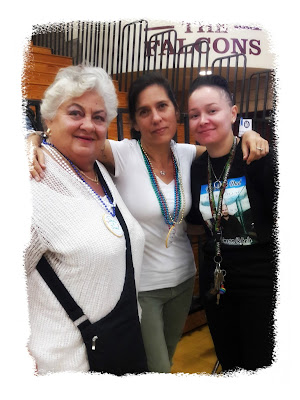 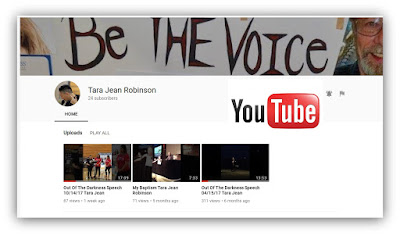