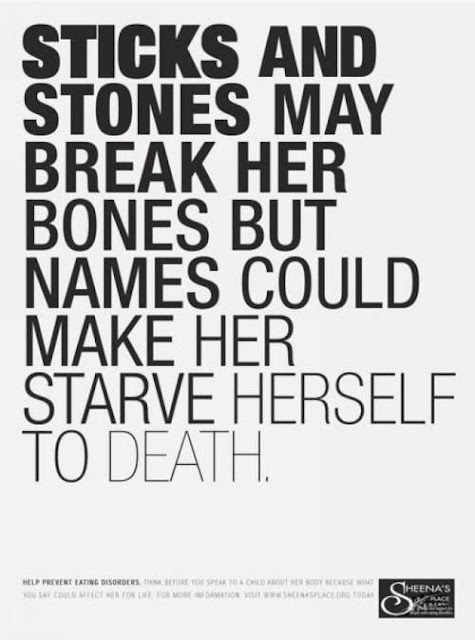 A reminder to be kind to all people. And if you are aware or suspect that someone has an eating disorder, please make an extra effort. Most people aren't aware of the amount of self hatred that goes hand in hand with an eating disorder. Those who suffer from these disorders are always in need of compassion.