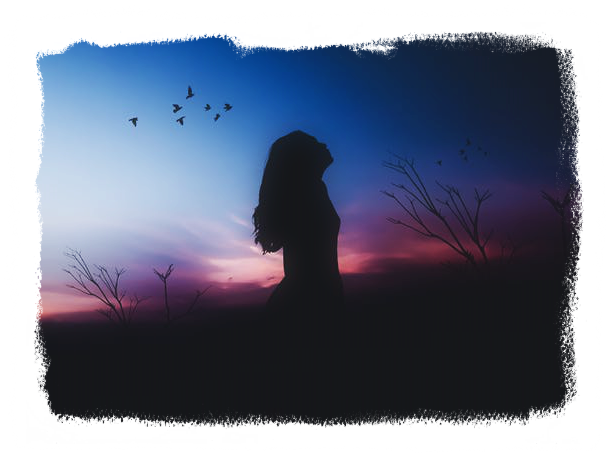 The truth is rarely pure and never simple. ― Oscar Wilde

However, I have a concern about the words 'suicide' and 'preventable' being used together without some qualifiers in place. When we brandish a statement that definitively states that suicide is preventable (or worse yet, that suicide is one hundred percent preventable) we're entering dangerous territory. There are several reasons why I don't like the assertion that suicide is always preventable.


First, for survivors of suicide loss, suggesting that suicides can 'always' be prevented is often offensive and can significantly contribute to guilt, blame and stigma.

Next, it's inaccurate to say that suicides are always preventable. Worldwide, close to a million people a year are losing their lives to suicide. That's too many people. We are missing something. Suicide is not yet entirely preventable if a million people are falling through the cracks.

Finally, saying that suicide is always preventable suggests that we now have done enough research, can always provide effective treatment, and have enough resources to stop all suicides. But evidence just doesn't bear this out to be true. We have a lot more work to do. We do not yet know enough in order to prevent one hundred percent of all suicide deaths.

So, let's talk about suicide prevention in ways that are accurate.


The grief around suicide loss is profound. In professional communities, the grief is categorized as 'Complicated'. This is not just hyperbole. According to Psychology Today, those suffering from Complicated Grief Syndrome remember the past and imagine the future through a particularly distressed lens. They have a difficult time letting go of yearning for the deceased, increased hopelessness about the future, and lingering waves of painful emotions.

From a personal perspective, I will tell you that for those of us who have lost a loved one to suicide, the pain is excruciating. We experience heightened guilt, are often subjected to unjust blame, and the stigma around suicide can contribute to deep shame. It is common to anguish over why we couldn't stop the suicide from happening. Over and over again, we ask ourselves - how could we have failed our loved ones?

For perspective on how the suggestion that 'suicide is one hundred percent preventable' impacts other survivors of suicide loss, I turned to fellow members of one of my grief groups.

One woman explained that she tried absolutely everything to stop her husband's death:

I tried to physically stop my husband multiple times in a five minute period, and I couldn't, he was stronger than me.

Jenn Gilstrap, who lost her husband in March of this year, says:

I tried to prevent my husband's suicide several times. I intervened where I could. But his depression wasn't being treated properly and he wasn't mentally well enough to prevent it on his own.

It isn't hard to see how telling these survivors that their husbands' suicides could have been prevented, is both insensitive and unfair.

One woman who lost both her mother and her father to suicide, shared how she feels when people suggest that her parents' deaths could have been prevented:

Don’t you think just maybe I’d already done everything I could do to try and get them better?

And the above experiences reflect individuals who had some forewarning. What about the people whose loved one who exhibited no signs of being suicidal? Experts agree that this is often the case.

“Many people who commit suicide do so without letting on they are thinking about it or planning it,” says Dr. Michael Miller, assistant professor of psychiatry at Harvard Medical School.

So how is it fair or accurate to suggest that deaths that have no predictors can be addressed or prevented one hundred percent of the time? Certainly we can improve our understanding of predictors - but we need more research in order to do that. We are not there yet.

For some survivors, there is an accusatory suggestion in the statement that suicide is 'always' preventable. Huffington Post journalist Dara Zeledon explains it this way:

All the propaganda [about suicide being preventable] rubs salt in the wounds for us survivors who’ve lost a loved one. All the “what ifs” we entertained, had worked through or put to rest, about how we alone could’ve/should’ve saved this person’s life, come flooding back.

Ronnie Walker lost her stepson to suicide. She is the founder of Alliance of Hope for Suicide Loss Survivors, and she has this to say:

I’ve heard similar thoughts expressed by many survivors who upon hearing the assertion, feel even more strongly that they have failed their loved one.  Some say they feel stigmatized by such statements … as if others now look at them as having failed to do enough. Amber, another member of my grief support group who lost her husband to suicide says that she feels that 'suicide is preventable' is 'a throw-away line' which just increases the feelings of guilt loved ones are already struggling with.

You cannot prevent what you don't know about. For Many, there are absolutely no warnings, she says.

If we look at current data about suicide, here is a statement that is more accurate than saying suicide is always preventable:


Statistics just don't support the assertion that suicide is always preventable. During the sixteen year period between 1999 and 2015, the United States rate of deaths by suicide increased by over twenty five percent. This is extremely alarming and points to the fact that many of the treatments and services offered to those at risk are either ineffective, unavailable, or both. 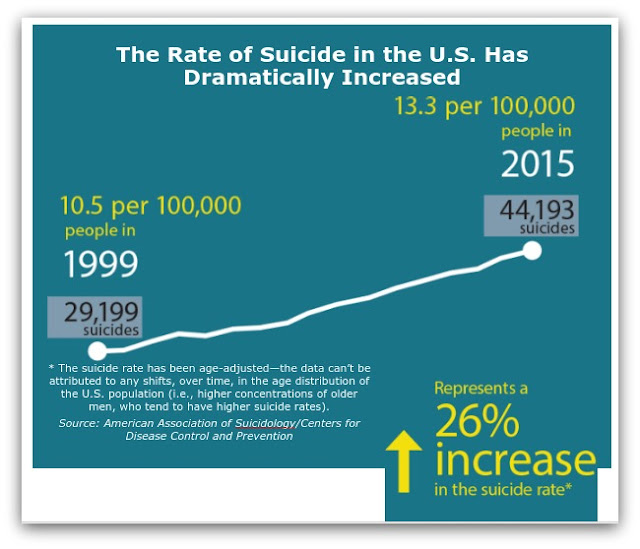 Unequivocally, we have to start prioritizing the underlying causes of suicidal intent, and we have to begin to address those causes, now.

The writer Eve Singerman lost her stepbrother to suicide. She is a contributor to the online mental health journal, The Mighty, and in her essay, Being Aware of Suicide Isn't Enough to Prevent It, she makes an important plea:

Please, today, rethink how suicide can be prevented. Read about different mental illnesses, learn to recognize the signs, avoid being judgmental, learn to listen, empathize and support. But as well as this, know the limits of what you do, too. Work towards something achievable: suicide should always be preventable. Let us focus on research and attitudes, and one day soon, cures for mental illnesses.

Let's rephrase what we say about suicide being preventable, one more time:


We can start with this. What is the greatest common denominator among those who have died by suicide? There is one thing that rises above all other risk factors. Mental illness. Studies suggest that 90% of those who die by suicide have a diagnosable mental illness at the time of their death. The degree to which mental illness impacts suicidality can not be overstated.


David Covington is the President-Elect of the American Association of Suicidology and Chair of the National Suicide Prevention Lifeline SAMHSA Steering Committee, In his article, Is Suicide Really a Choice? Covington explains depressive mental illnesses this way:

For those of us who have not experienced this kind of darkness, it is extraordinarily difficult to grasp how much like physical pain this anguish can be. Our more typical life experiences of disappointment and sadness, grief and loss, and the normal ups and downs of being human do not provide any accurate translation.

My boyfriend's sister, Teresa Macaluso Celli, lost not only John, but also her brother David to suicide. She has this to say:

If suicide were one hundred percent preventable, then I wouldn't have lost both of my brothers to this painful disease called mental illness. There is no other disease in the world where we put the blame on the patient.

Her point is a good one. Mental illness stigma impacts funding for research, prioritization of treatment and services, and it shames sufferers, which contributes to their being unwilling to get the help that they need.

At present, treatment for those who are mentally ill is vastly inadequate. There is no magic bullet, no single medication, and no surefire protocol. This is a sentiment that is echoed by many survivors of suicide loss. More comments from my grief group:

~  My boyfriend asked for help again and again. He was told that he 'should' be ok after only three days in a hospital. He was not ok.

~ When doctors aren't diagnosing the illness correctly and it isn't being treated properly or the person refuses to even get help...I think the only thing they can do is end it themselves. At least in their minds.


One woman in my grief group who'd lost her husband to suicide says it very simply:

Do I think that the situation is hopeless? I do not. Do I think that there will ever be adequate information, treatment, and measures in place to prevent all suicides? I don't know, but I do know we can do a lot better than we are doing now.

The pain of being a survivor of suicide loss is too profound for me to sit back and accept that these losses will continue at the rate that we are now seeing. I have to believe that we will do better, for those who've been lost and for those of us who've been left behind.

I'll refer again to David Covington, President-Elect of the American Association of Suicidology. He suggests that successful suicide prevention will require digging deeper into depression, mental illness, and other known risk factors that 'don't fit so neatly on a public-service brochure,' he says:

What is needed are high-quality programs for people with mental health problems, and support services for families struggling with depression. The time to intervene is not just in the hours or days before a suicide attempt, but in the months and even years leading up to it.

Me? I suggest we stop telling the world that suicide is preventable, and start doing the work that will prevent suicide.