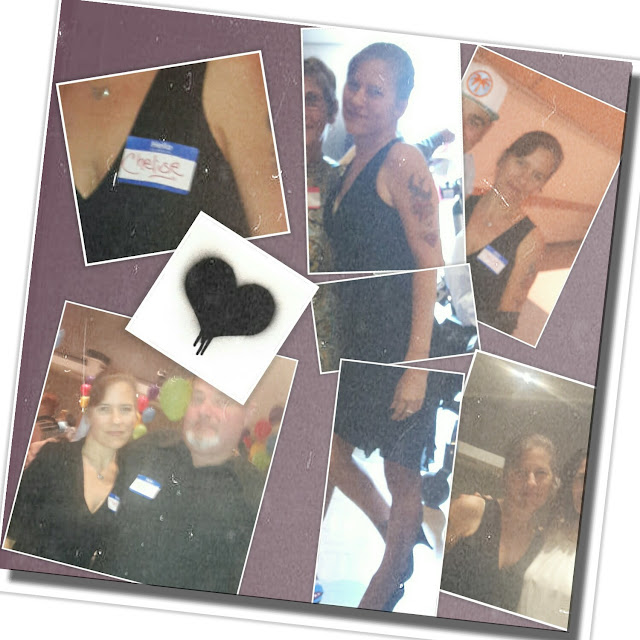 This is what I found to be true about carrying on.
By treating my grief as my new sidekick,
basically accepting it’s coming with me
wherever I go, I can make the time I need
for it without letting it rule our household.

Grief is here to stay.

So, we better find a way to get along.

Yesterday on Facebook, John's sister shared an article by the columnist Michelle Lago.  The article was about returning to everyday life in the midst of crippling grief. It was beautifully written, and gave me pause. Although part of the theme involved being a parent with young children, there were so many peices that spoke to the universal experience of loss, I found myself catching my breath over and over again. Yes, yes, yes, I thought to myself.

There is a gift inherent in reading words that resonate, especially in regard to grief. I feel so alone so much of the time. For me, hopelessness has been a part of losing someone I loved so much. Reading about others whose experiences mesh so closely with my own, reminds me that this overwhelming pain is a part of the grieving process, and not an omen for my future.

Also yesterday, I went to a large annual event that was filled with people I know. People who loved John. People who love me. Much like most events I attend nowadays, I put on a happy face. Hugs were shared all around. I did what I could to be of service at the event, passing hors d'oeuvres and making coffee. I sat next to some of my favorite people and I joked and laughed.

Underneath it all though, always, there was a heaviness. I found myself, as I often do nowadays, swallowing frequently, trying to keep the ever looming tears at bay.

Last year, I attended this same event, with John. 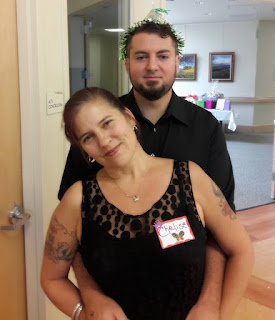 Because our lives were full of mutual friends and mutual experiences - it seems impossible to go anywhere or do anything without his memory accompanying me. It is such a poignant irony. The loss of him often means that for me, he is ever present.

In the first weeks after his death, I presumed I wouldn't be able to attend any of these events again. It would be too hard. After a while though, I began to realize that I couldn't live with my loneliness. Giving up such a large part of my community and daily life was too much to ask.

And this too - I am always propelled by what I think John would want. I have always known that he still wants me to have the community and support that he and I were blessed to share when he was still alive.

I know though, being surrounded by love is what has saved me. And helping out at events like these is the only thing that returns me to believing that I have value in this world. So the benefit of going outweighs my heartbreak. I am trying so hard to muddle through with this torn apart heart. Often, these events represent a stitching of sorts. Three stitches up, two stitches ripped apart again. I am still, in the end, more whole afterward.

Last night, as I often do, I took photos. In the first few months after John died I was so consumed with a desperation to disappear, I couldn't bear to be in photos. I would step away or lean out of a shot. I would put my hands up and say 'no.'

After a while though, I knew I had to find a way to return to myself. I began to lean into photos once again. I began to allow my connections with other people, and with life itself, to be recorded.

The photos last night were curious though. With few exceptions, one after another after another was blurry. Some beyond recognition and some just ever so slightly. Whether or not the flash was on or off, with the photographer standing close to us, or when he was standing further away, nearly all of the photos were blurry.

I contemplated the curiousness of this. It occurred to me that this is what my life at events where John should be are like for me, now. Muddled. Not quite right. I am there, and I am not. Perhaps last night, for whatever reason, my camera just captured that fact.

Why have I endeavored to return to myself? I could do without the guilt and shame, but sometimes the intensity of the sadness brings me closer to my memories of John. As painful as it is, there are still times when I feel that I would willingly live forever in this crippling state - so long as it means that his memory is never far from me.

But, I know too, staying in a place that freezes my memories in time is indulgent in part. I may not want or need myself, but others do need me.

The first week after John died, my nineteen year old son, who has his own apartment, stayed with me every night. He accompanied me everywhere I went, always standing at my side. I cried constantly. I have no illusions. I was frequently hysterical and I know this is true. My son though, was stoic. While he did shed tears at John's vigil, for the most part he kept his own tears separate from me. The only compensation I could offer him was to make an effort to also allow others to be with us as often as possible, so that he'd always know that he was not alone in trying to hold me up.

The day of John's vigil may have been the worst in terms of my self control. Breathing felt wrong. Inhaling was brutal and it was not possible for me to exhale out all of the hurt and loneliness and incomprehension that enmeshed me. John was everywhere at his vigil. His photos. The love for him. His family. His friends. He was everywhere, but he was also in a box on the pulpit in the sanctuary. How could this be possible? Throughout the entire night I was in tears, often unable to stand upright, and always short of breath.

The next morning was the actual funeral. I was exhausted and purposely dissociated. I was there, and often in tears, but just as often sitting quietly. Even at the reception afterward, I found standing to be a chore.

My son, in turn, began to pull away. Not in any unkind or insensitive way, but more I suspect as an act of self preservation. I think it was a display of both wanting and believing that his mother would find a way to be ok.

He ensured that I wasn't going to be alone at any point that day or during the following weekend. And then he shifted away from the intensity of constantly being with me. He needed to spend the night at home in his own bedroom. He needed to return to work. And he needed to see his girlfriend and his own friends.

I knew, this meant it was time for me to 'buck up' when I was around him.

My son is inordinately strong. I don't mean this in a boastful way. In fact, I feel some sadness in acknowledging it. I know the life circumstances that required him to gain so much strength were unfair.

So, it would be wrong to suggest that I stopped expressing my emotions around him. It's just that I began to practice reigning them in and functioning 'through' the grief, for his benefit.

There are many times still, when I'm with him and I realize that he is watching me. Often this happens when I don't notice that my thoughts have turned, once again, to wanting to disappear. Funny that, just when I hope to disappear, he looks at me and does not turn away. He reminds me that it is important for me to still be here.

In those moments, I will often try to explain why I look so distant.

"I know, Mom." he always replies. And that's enough. He'll look away again.

Last year on my birthday, my son posted this photo on his Facebook page. Underneath it, he wrote: "Happy Birthday to my beautiful mother."

I loved everything about it. I loved the photo. I loved his words. And I loved that he shared it publicly. 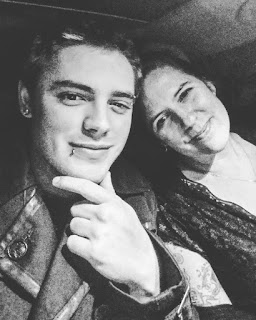 This year on my birthday, I was afraid to be alone. When I asked him if he would stay over, he did not hesitate when he said yes. Once again, he didn't have to ask why.

Since John's death, my contemplation of wanting to leave this pain, leave this situation, leave this world, has been excruciating at times. But every minute, I have known this too: I owe it to my son to return to him the bravery that he is modeling for me.

I would be lying if I didn't admit that there are moments and even entire days when I feel completely lost. But I know my goal can't be any less that to continue finding ways to return to the people I love, by returning to me.

*Special thanks to Michelle Lago for bravely sharing her feelings following the heartbreaking loss of her twin sister. My own experience with grief is that it has been deeply healing when I can relate to another person's pain, and especially, to feel understood too.

You can read Michelle Lago's article, by clicking here.

**John's nieces have also been constant reminders to me of why I have to find a way to carry on. Their bravery and concern for others has been astounding. They are deeply loved by so many, myself included. Thank you Emily and Gianna for always reminding me that your Zio loved me. He loved you both so very much, too. 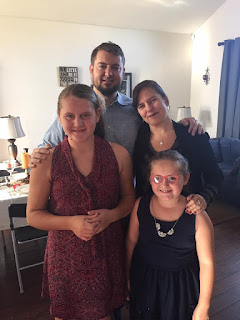